Here is my very first video where I share my favorite Christmas song and talk about using the gifts you are giving. AND there might be a little shout out to Duran Duran

Beyond the Valley of the Books (blog post feature)

Check out Beyond the Valley of the Books blog post from this morning, featuring my critique partner talking about my current work in progress, Relinquished.


VIEWS FROM THE BETA READER
The author doesn’t have a synopsis yet but I can give a little information about this book since I have the great honor of working on it with her.  K.A, as you can see from the author information has published under the name Kimi Flores.  If you have read her Intertwined Hearts series you know she is wonderful at the fluffy romance but she is taking a new style on this time.
With a story that will grab your attention and heart in the first chapters, she is bringing you the story of Jules.  Aging out of the foster home she was in, she now finds herself living day to day with no real chance at a future.  The things she endured in the foster home shaped her and set her up for nightmares, terrors and failure in life.
Then she meets Holden and Dante, the Riley brothers who see nothing more than a woman who deserves respect.  This isn’t going to be a romantic triangle, it is so much more.  She has done a fabulous job with digging deep and bringing out the rawest emotions we have ever seen from her.  Her flare for the intensity really shines in this book and I am sure you will be as amazed as we are when this book is complete.
It is a character driven story and trust me those characters in this book really know how to scream and get their point across.  Keep watching as we get closer to the release date.  I am sure this will be the book that will leave the readers wanting more from K.A. Hunter.
Posted by Unknown at 10:05 AM No comments:

I have some EXCITING news.

I decided to write a new novel titled, Relinquished, under the pen name, K.A. Hunter. I have no plans of hiding behind the name but the first novel, and others that will follow, is more raw and definitely grittier than my Intertwined Hearts series. 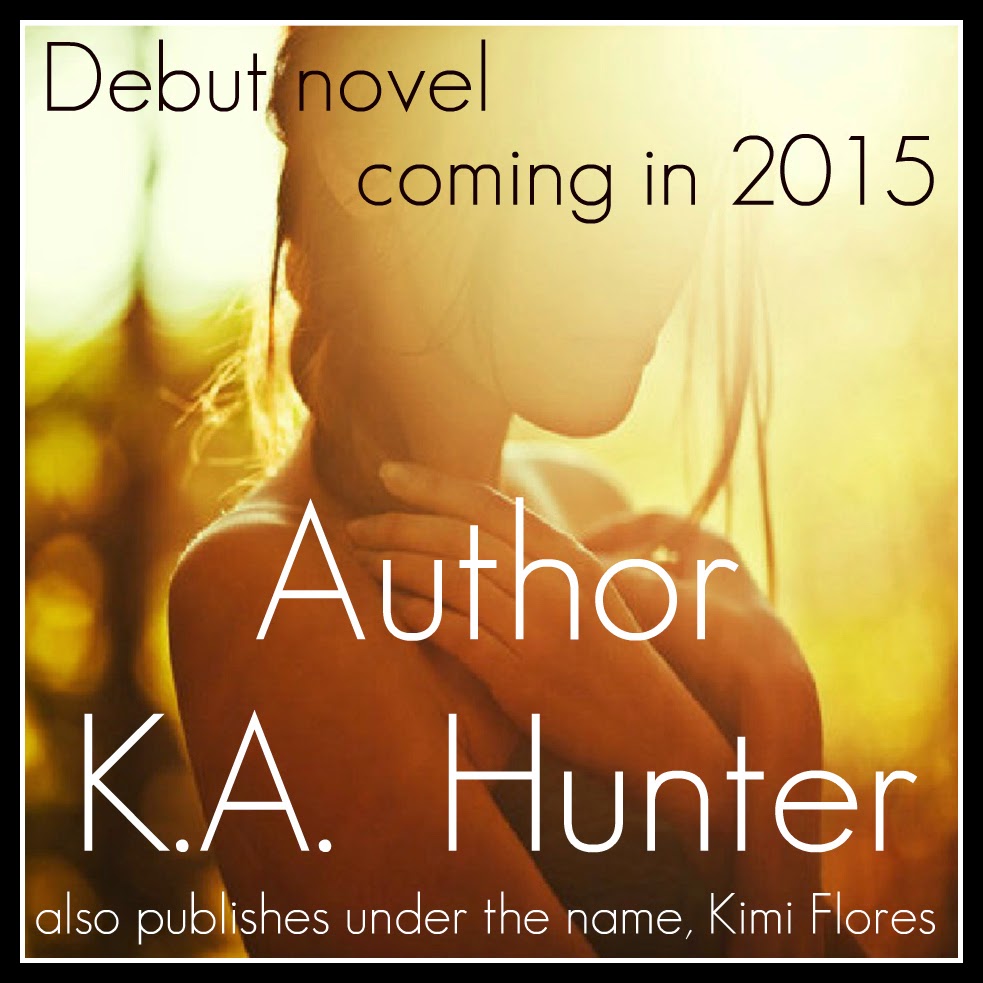 The first 4 chapters have been written into a short story that will appear in an anthology in February 2015 (will post more info once I'm allowed to share) and I anticipate publishing the full novel around July 2015.

Those that have read it confirm that it's nothing like what I've written before and they were blown away. Can't even tell you how happy that makes me :D

I'm also working on the 4th book in the Intertwined Hearts series, Grafted Vines and hope to publish around April 2015.

Here are a couple of teasers for you. 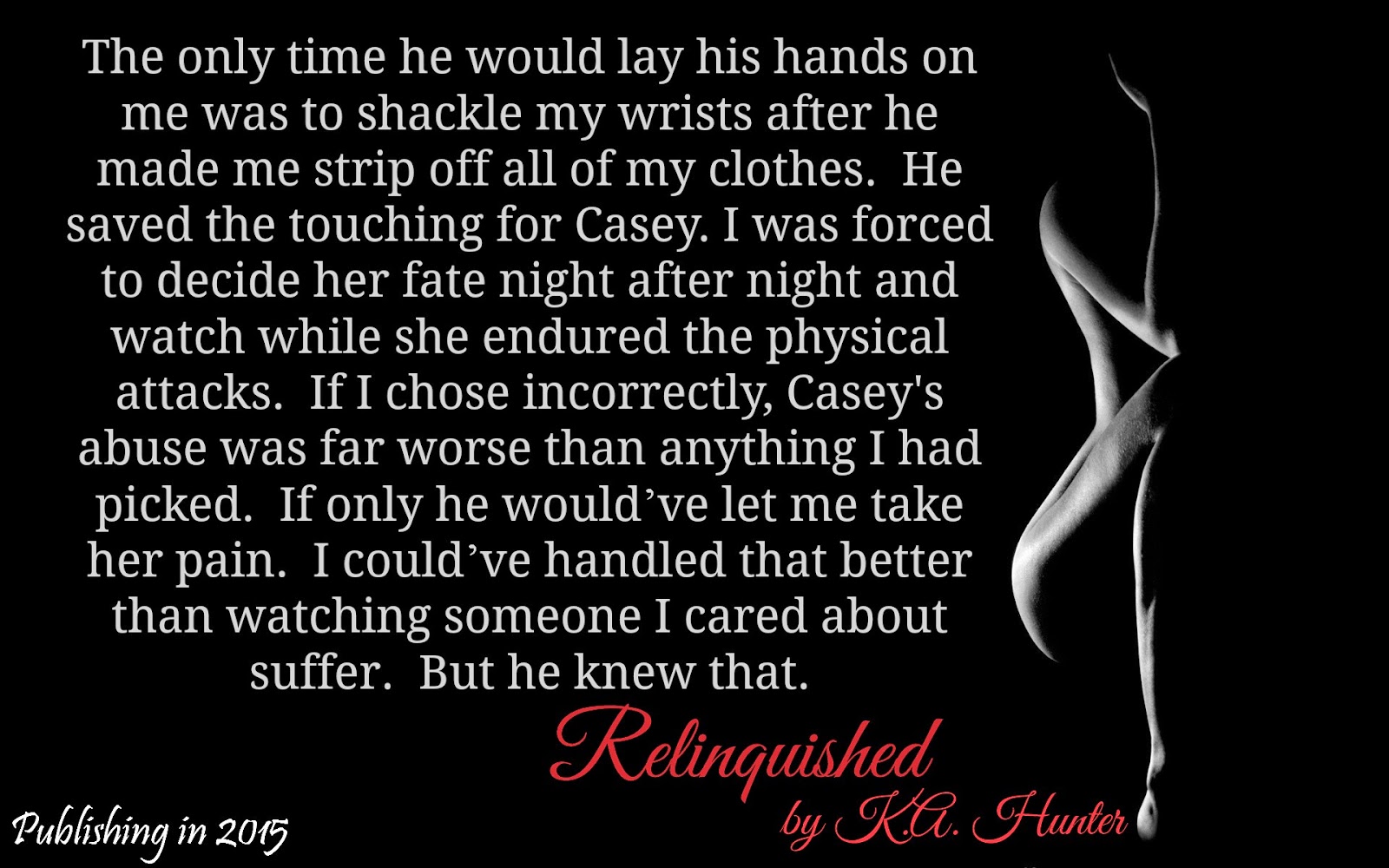 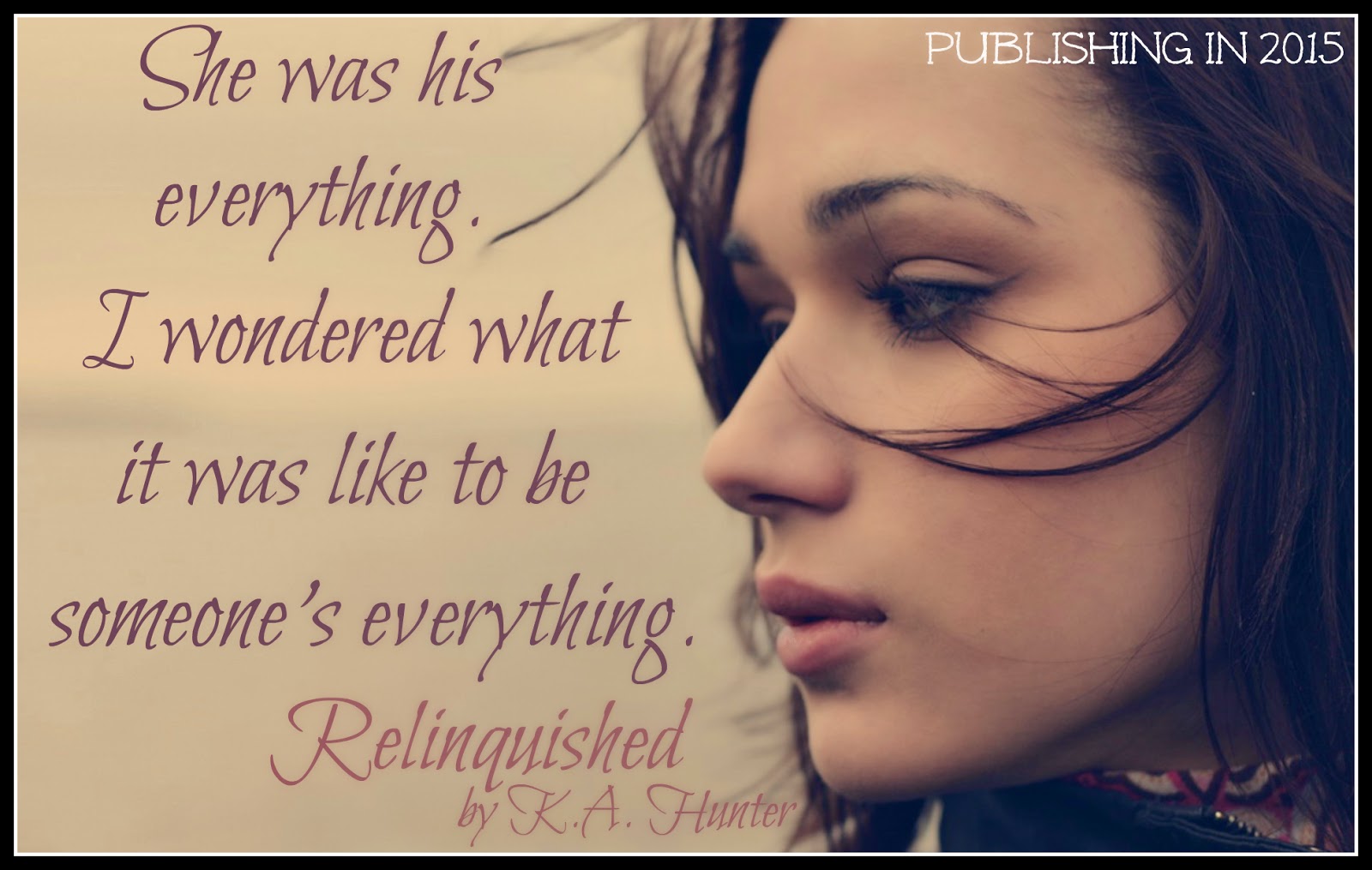 Posted by Unknown at 7:52 AM No comments:

I KNOW, I KNOW, I'm awful at updating this page.  That is about to change though.

Cover Reveal for An Exceptional Twist 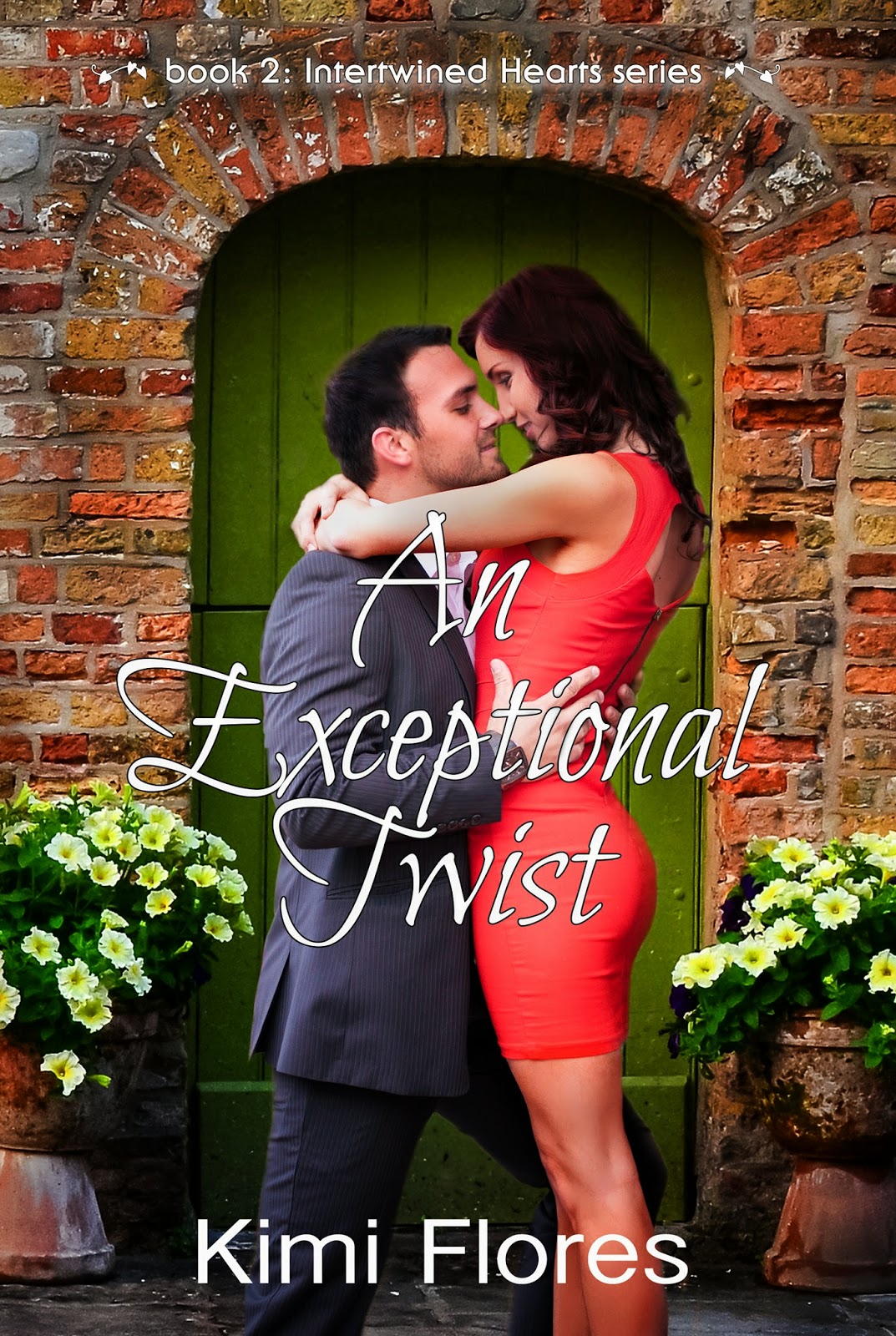 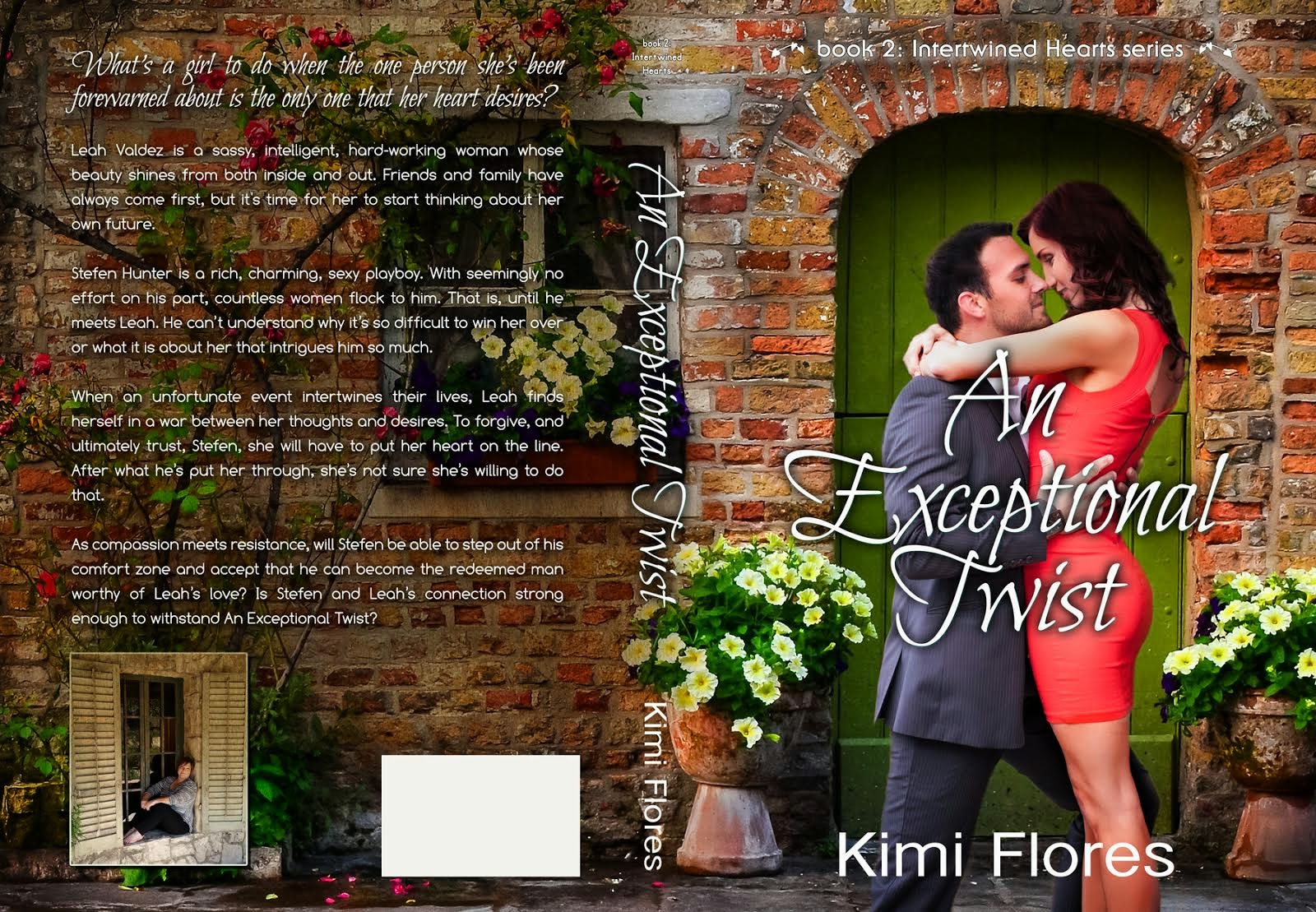 "Why are you so upset over this, Leah? What’s really going on?" He lifted her chin with his fingertips, hoping she didn't pull away this time.
"Why are men attracted to girls like that? Is it because they put out without any effort on the guy’s part?” She looked at him through black mascara tears. "Why do you like women like that, Stefen?"
This was a loaded question. Pausing a minute to contemplate his answer, he inhaled a deep breath without removing his eyes from hers. He wanted Leah to really hear what he had to say. "I can’t speak for all guys, but right now, I need a distraction. I’m so tied up with feelings that I don’t understand for someone who won’t have me. I’m losing my freaking mind every damn day. I have to do something, and this is the only way I know how to take my thoughts off of the constant ache I feel, knowing I cannot be with the one I love.”
With wide eyes that were still filled with tears, but now showed sparks of optimism, Leah stood, forcing him to back up a little. "You love someone? You've never said anything. Does she know? Why can’t you be together?”
Looking down at the gravel covered ground under his feet, he admitted. "No, and I'm not going to either." He interlaced their fingers and brought their joined hands up to his chest. His blood pumped vigorously under her touch.
Grasping on even tighter to his hands, she moved in closer. The hope in her eyes was evident. "Why can’t you tell her, Stefen? Maybe she loves you too?" Could she be talking about herself? That was just wishful thinking on his part. Leah wasn’t interested in a relationship right now and knowing that, he wasn’t willing to take the risk he’d been eager to before.
He had to move his eyes away as well as her hand. "Leah, I dug my hole a long time ago and won't be getting out anytime soon." Looking deep into her waiting eyes again, he felt his heart constrict and had to fight the urge to clench onto his chest. Before he could stop it, his admission came tumbling out of his mouth. "I’m simply not the guy for her. We could pretend for a while, but ultimately, I don't have what it takes to be her perfect guy.” He used the phrase she had when they’d first met to express the insecurities he thought he'd already overcame.
﻿

I CANNOT wait to share the cover to An Exceptional Twist with you!!!! Bloggers, if you are interested in participating in the cover reveal hosted by The Book Avenue Review , please sign up at https://docs.google.com/forms/d/1bOt_usx1Zzxc2QT...lF0ILTMEs5wMH_pn4m_74JbK0UsE/viewform 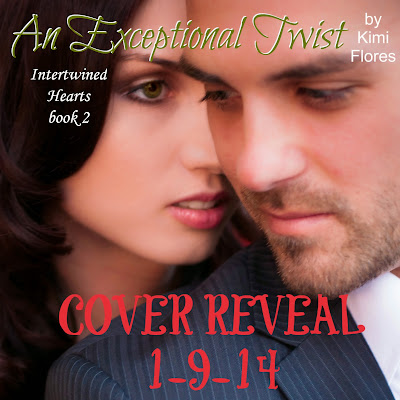 Posted by Unknown at 8:16 AM No comments:

35 authors will be participating in this event ~ including me.
I will post more details as I hear about them. 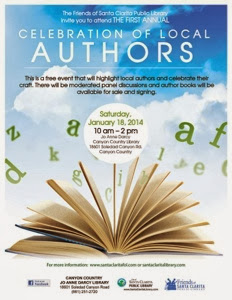 Posted by Unknown at 6:45 AM No comments:

Him
by Carey Heywood

Beauty from Surrender
by Georgia Cates

The Little Lima Bean [With Lima Beans]
by Brent Ching